Official-looking promo images show off the triple camera setup on the Huawei P20 series and they reveal the ace up its sleeve  AI. The tagline reads See mooore with AI (three Os for three cameras, get it?).

Previous images of the P20 showed only two cameras, so the three camera setup may be reserved for the Pro model. Its a little strange that the third camera is on a separate island, but perhaps theres a good reason for that  well find out on March 27. 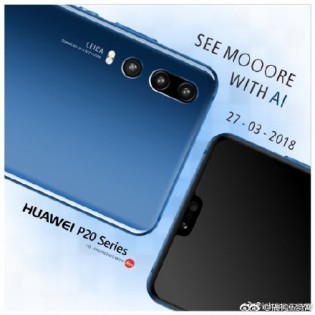 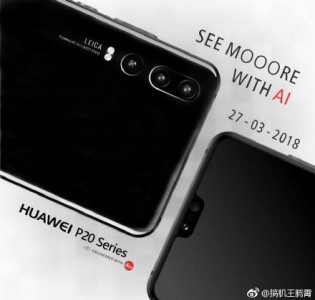 And since the notch is a controversial topic, this is one of the smaller notches weve seen recently. It will likely do face unlock, which will likely be yet another AI feature.