It's been a little over a year since Meizu officially took the wrapper off Flyme OS 6, so the timing is right for the next major iteration of the company's custom Android UI. In fact, Flyme 7 appears to be right around the corner, as teased by a freshly leaked banner.

It cites a February 24 release date and is more or less the first credible piece of info we have seen on the ROM. While a month, or so, is plenty of time for new information to surface, thankfully, the leak also features what appears to be a screen grab from the change highlights on a Flyme7v982.BETA281. update. Our Chinese is a bit rusty, but from what we can gather, Flyme 7 will bring about UI improvements, something called the "mQuick button", as well as version 2.0 of the company's OneMind AI.

No surprises there. After all, AI is the buzz word of the day. That being said, we expect battery endurance and efficiency improvements in process management from the updated OneMind platform, rather than a voice assistant, or anything along those lines. Cloud backup is also mentioned in the log and will clearly be a part of Flyme 7. We couldn't really make out whether Flyme 7 will be built on top of Android 7 Nougat, or Android 8 Oreo. The latter definitely sounds more viable and our bet is on that. 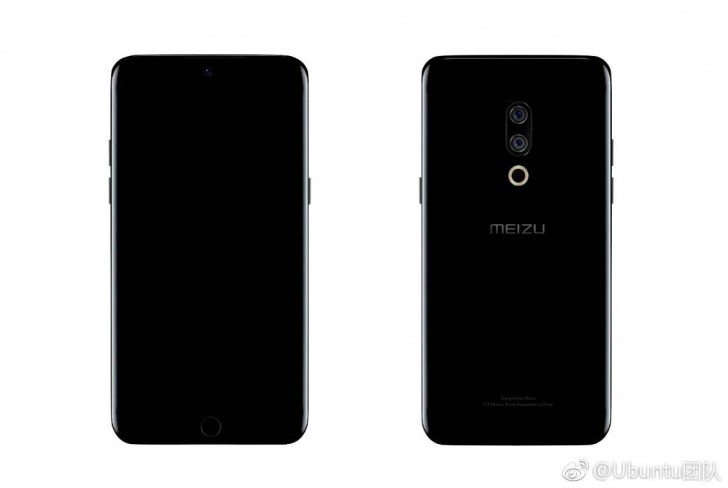 As per the rumor mill, Meizu is currently gearing up for at least two handset announcements next month - the Meizu 15 and the Meizu 15 Plus. So, we clearly have a viable release date for the pair as well, given that the company is apparently already organizing an event on February 24. Both the hardware and software announcements at the venue could likely set the tome for future Meizu designs language. As far as we can currently gather, the Meizu 15 Plus will likely use the control layout introduced with the M6s. Namely, a side-mounted fingerprint rearer and no multi-functional home button. However, the renders for the regular Meizu 15 seem to show a s single circular button underneath the panel. We can't wait to see how the new "mQuick button", whatever it may be, plays into this control scheme chaos as well.