Less than two weeks before the official announcement of Samsung Galaxy S9 on February 25, the device popped up on Geekbench with impressive results. The SM-G960F phone with an Exynos 9810 chipset reached the monumental results of 3648 for single core and 8895 for multi-core. 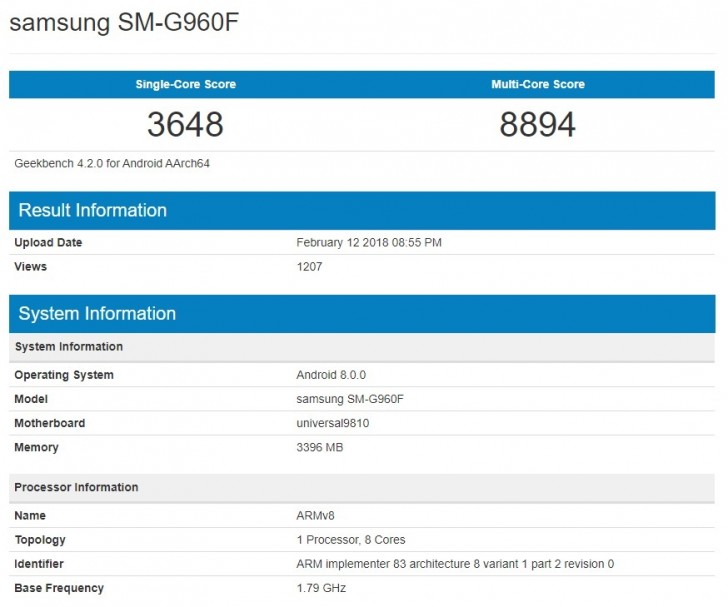 Other revealed specs of the Galaxy S9 include Android Oreo and at least 4 GB RAM. The CPU of the new Exynos SoC will have eight cores and the base frequency is listed as 1.79 GHz, but this is most likely the clock speed of the little cluster.

The previous Samsung flagship - the Galaxy Note8, reached 6590 and 6784 on Geekbench with respectively Snapdragon ۸۳۵ and Exynos 8895 chips on the multi-core test during our tests back in September. Sadly, these numbers are not directly comparable with today's result of the Galaxy S9 with Exynos 9810, because the benchmark has been updated since.