In this fifth installment of our Sunday Debate we discuss the importance of ecosystems versus hardware. Which is more important - having your favorite set of services and apps or having a specific hardware setup?

I'd like to open with a direct statement - an ecosystem is created to improve user experience, and at most times it does the job. As late Steve Jobs often said, if Henry Ford asked his peers what they want, they wouldve said a faster horse. But he created a revolution. The saying keeps on living on this day. If ask most people what they want in a smartphone, they will say wider display, more megapixels, bigger battery. And this is where they are wrong.

Smartphones are all about delivering great everyday experience - to let you access emails, news, friends, entertainment wherever you are. Switching to another device and changing to a different ecosystem just because one or two features are somehow better is an illogical move. 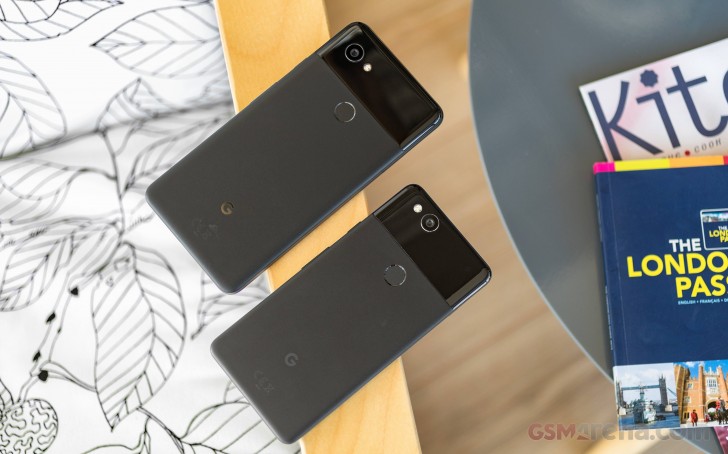 Sure, you might get more from the phone, but are you accounting the time synchronizing between all the different platforms? The camera of this eventual new phone has more megapixels, but learning the ropes of a new UI means it will be a while before you can maximize its potential. A switch after switch after switch is a tedious affair.

I would like to give an example - lets say you prefer Googles way. Drive keeps all your files, Keep has all your sticky notes and Trips is your go-to app when you are abroad. Maps tracks your email and automatically adds reservations to geographic locations for easier access - I can go on but you get the point.

Now lets say you dont like the appearance of Google Pixel 2 or the positioning of the fingerprint scanner or the lack of 3.5 mm audio jack. Opting for a non-Google phone in this context automatically adds unnecessary frustration with doubling many of the services. 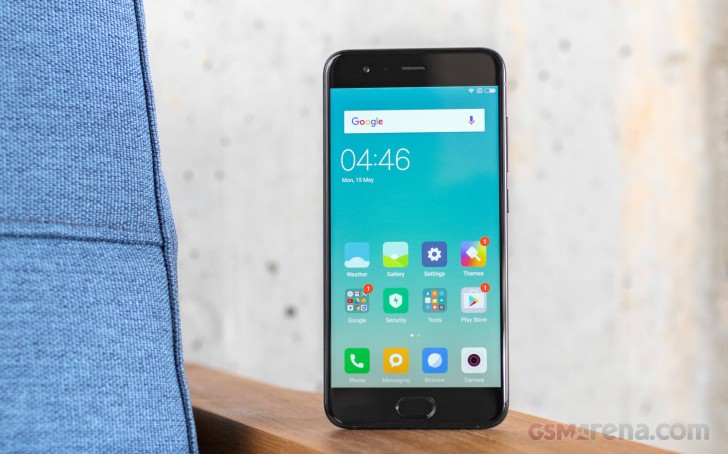 This might sound like fanboy talk, but it's actually just pragmatist. I realize we are yet to see a flawless ecosystem. Google is having a terrible social network and overly expensive phones, Apple is holding back simple features like notifications control and is extremely aggressive in keeping you in the iBubble. Huawei is yet to make an ecosystem that does not look and feel like bloatware. Bixby might sound like a good idea, but the Samsung machine learning is terrible. 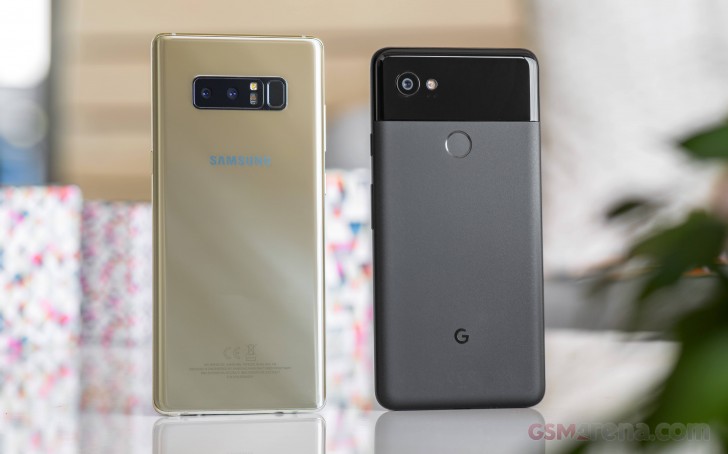 A perfect solution for an ecosystem might not exist for a simple reason - every user is different. Still, once you found the one that fits you the best you are certain to have a choice of decent enough phones within it so you don't have to bother with the whole switching affair.

Im a bit of a flight risk when it comes to phones. After a few months with a single device I get itchy feet and start to look elsewhere. I get teased about this a lot at work, but Im fine with it - I like phones and I like trying new ones often if you haven't noticed.

Because of this Ive used a lot of phones - iPhone 7 Plus, Galaxy Note8, Pixel 2 XL, V30, Nokia 8, Galaxy S8+ and the iPhone X - and thats in the last 6 months alone. So Ive gotten pretty good at moving from phone to phone and subsequently, from ecosystem to ecosystem. 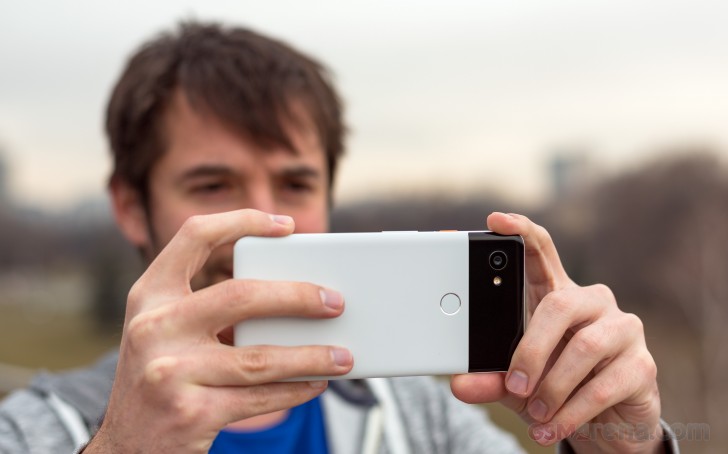 Ive eliminated all of the hassles of moving to a new device. My contacts are safe (and transferable) with Google and so is my email and calendar. My photos are backed up with Google Photos, my passwords are in Last Pass, my files are in Drive and Dropbox, my notes are in Google Keep, my car mileage and repair entries are in Fuelly and my music is in Spotify. All that remains are Viber and Facebook Messenger. Everything I just listed is available across platforms (and ecosystems).

So it takes me less than 30 minutes to setup a new phone and have it ready to go and then Im off to do the fun stuff - ordering cases and accessories and playing around with the phone. 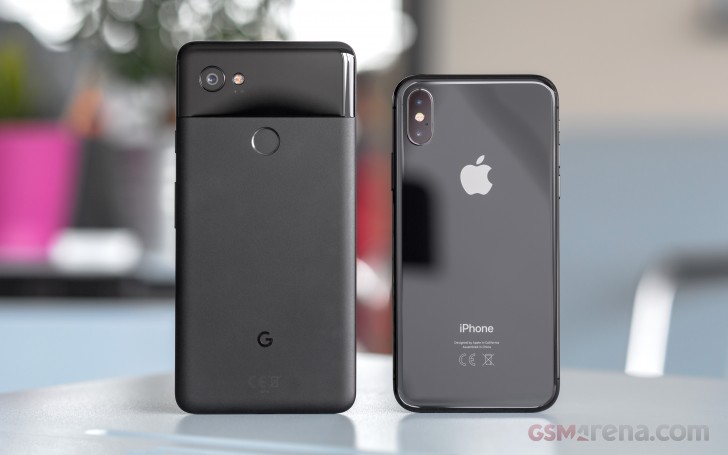 Software has gotten to the point that its equally capable on all platforms. Its not equally good - as in smooth, user-friendly or thought out - but it can do just about the same things whether youre using a Samsung Experience, iOS, Vanilla Android or MIUI device.

I have a few non-negotiable requirements that need to be met before I buy a phone - great screen, great camera, great battery life, stereo speakers. Software is not on that list.

I wanted the best camera around, so I got a Pixel 2 XL. The camera is amazing. It gets consistently how did it do that results no matter where Im pointing it. It still makes people exclaim with delighted surprise when I snap a portrait shot with either front or back camera. 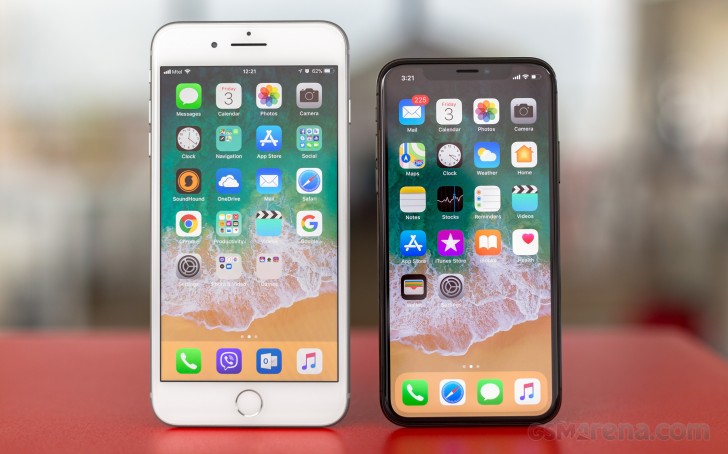 Software is flexible, the ecosystems are flexible - but hardware is physical and unyielding. If you dont like your chat message app of choice, there are countless others. If you dislike the look of Android, you can make it look like EMUI, like MIUI, like iOS or like Vanilla Android. Dont like your Music Player - you have a dozen choices.

I get the argument that staying within a single ecosystem leads to better user experience. But I feel great, experience-wise, on all of Androids variations and on iOS. And I agree that there are no flawless ecosystems and reversely no flawless hardware. But its harder to change hardware than it is software.

Finally, Id like to simplify the debate thus - stick with either iOS or Android, because those are the true ecosystems. Youll always get a consistent experience whether youre using Android on a Pixel 2 or on a Galaxy Note8. Its the same with iOS on an iPhone 8 Plus or an iPhone X. There are subtle differences but youre the same set of services.

So, which argument do you agree with? Choose your side.