Samsung held an Oreo Beta program for those who signed up to test non-final firmware builds of the Samsung Galaxy S8 and S8+. The program has since closed and testers are waiting for Samsung to finally drop the final stable release of Oreo for the Samsung duo.

As we patiently wait for a stable build to arrive, T-Mobiles software update tracker has been updated to reflect that the Galaxy S8 and S8+ are in the testing stage needed before the mobile carrier can release the update to the masses. This stage could take anywhere between a couple of weeks and a couple of months or more. 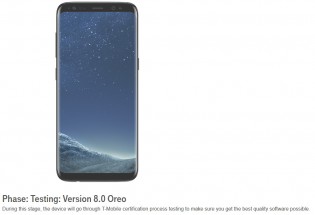 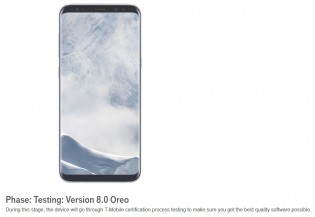 Its worth noting that those of you who participated in the Open Beta should be getting the stable release of Oreo one day before the public. The Open Beta was open to users in Korea, the UK, and the United States (specifically those on T-Mobile and Sprint) with unlocked Galaxy S8 devices, so we'd imagine these are the first ones to get Oreo.

Samsung is one of the last major smartphone makers to update its 2017 flagships to Oreo. We do hope that Project Treble helps shave off the amount of time it takes Samsung to update its devices, which has always been a very long time due to the heaviness of Samsungs Experience UI skin.