Windows 10 is getting a seamless Bluetooth discovery feature as well

Bluetooth doesn't need to be overly complicated and convoluted to set up. A notion that has been recently popularized by both Android and iOS and one that was considered infeasible or at least unlikely by users only a few months ago. Apparently it took a couple of pairs of fancy headphones to get engineers even thinking on the nuisance of Bluetooth connection, most of us never really thought about. But now that we know there's another way, there's no going back! A memo that Microsoft has received loud and clear.

The latest Windows 10 Insider build 17093, released earlier this week, has a convenient automatic sensing feature in place that can pick up new Bluetooth devices as they come near your PC. It's a neat trick and definitely a time-saver, regardless of whether you find yourself searching for the Bluetooth menu every time you get a new peripheral, or are the go-to tech guy for doing the latter on everybody and their aunt's computers on a regular basis. 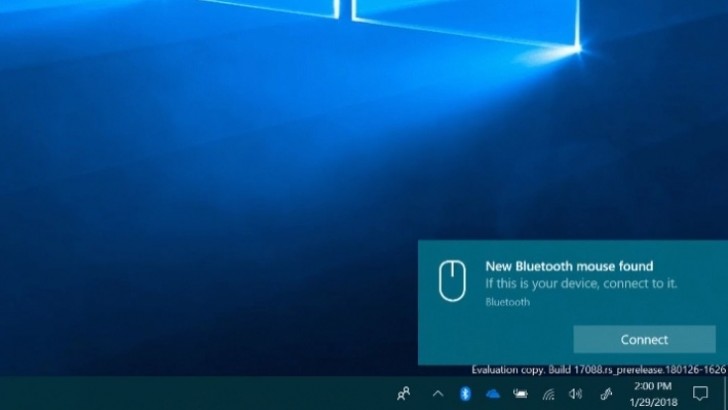 Just like with Apple and Google's implementations, though, to get the Jedi force sensing feature to work, you need more than the extra code in the upcoming Windows 10 update, expected to arrive in March or April. The client device needs to be compatible as well. The Surface Precision Mouse is the first device enabled with streamlined pairing. But Microsoft has promised the ability won't remain locked in Surface ecosystem alone. To quote a member of Microsofts Windows Bluetooth core team:

only certain enabled peripherals can trigger this experience  We are however looking to standardize this in the long term,

The Redmond giant is reportedly already working with Logitech and other major players in the PC peripheral world, so seamless Bluetooth connectivity seems to be on the fast track to prime time.